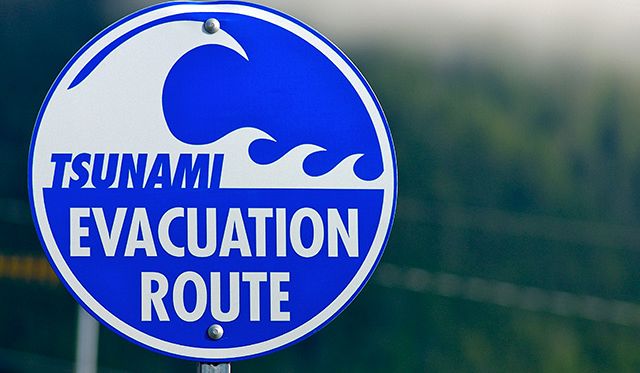 An effective communication approach incorporating computer simulations could help people find practical means to evacuate in the event of a tsunami.

The extent of damage caused by a 2011 earthquake and tsunami in Japan demonstrated that the outcomes of disaster mitigation research were not fully applied in reality. Computer simulations are normally used to develop effective evacuation strategies. However, a gap remains between computer-generated results and what is actually feasible for people, since simulations are not usually tested in real life.

Led by Professor Michinori Hatayama, researchers at Kyoto University combined computer simulations with fieldwork done in partnership with the residents of Mangyo, Kuroshio in Kochi prefecture in southern Japan. It is thought that the Kuroshio area will be the most affected in the event of a long-anticipated earthquake and tsunami originating in the Nankai Trough, a depression at the bottom of the ocean about 900km off the southern coast of Japan’s mainland.

The team’s aim was to facilitate effective communication between disaster mitigation professionals and society at large so that research outcomes are better utilized. They also wanted to encourage the locals to develop practical evacuation plans to help them feel less pessimistic about their survival odds. Some residents had previously expressed hopelessness to the media should such a disaster happen.

Hatayama and his colleagues interviewed the residents to find out how they would react in the case of a tsunami warning and what issues make them feel pessimistic. They then put the responses into a computer simulation system that includes geographical information and tsunami hazard data. The output, which was shared with the locals in workshops, showed an animation of how they would react to a tsunami, allowing them to identify what challenges they faced in order to evacuate successfully. This was followed by discussions about what the locals perceived to be issues, such as an elevated shelter being too far away, and possible alternative plans, such as using a much nearer evacuation tower. The researchers conducted evacuation drills so that the residents could experience the alternative plans.

They found that this method made evacuation drills more efficient. Contrary to previously practiced drills, the researchers placed problem awareness ahead of practice, which helped shorten the time needed to determine possible alternative solutions.

The field activities also allowed some residents to realize evacuation was possible; something they were unsure of before. They regarded alternative plans as feasible evacuation options.

However, some locals tended not to accept the alternative plans as they might involve some risks. For example, they preferred to evacuate by car rather than on foot, despite the fact that roads are often blocked by debris or are congested in a disaster.

New research should look into real life examples in order to find a solution to these problems, the researchers conclude.